Cindy joins the Cast of “Crazy and Deranged” Film 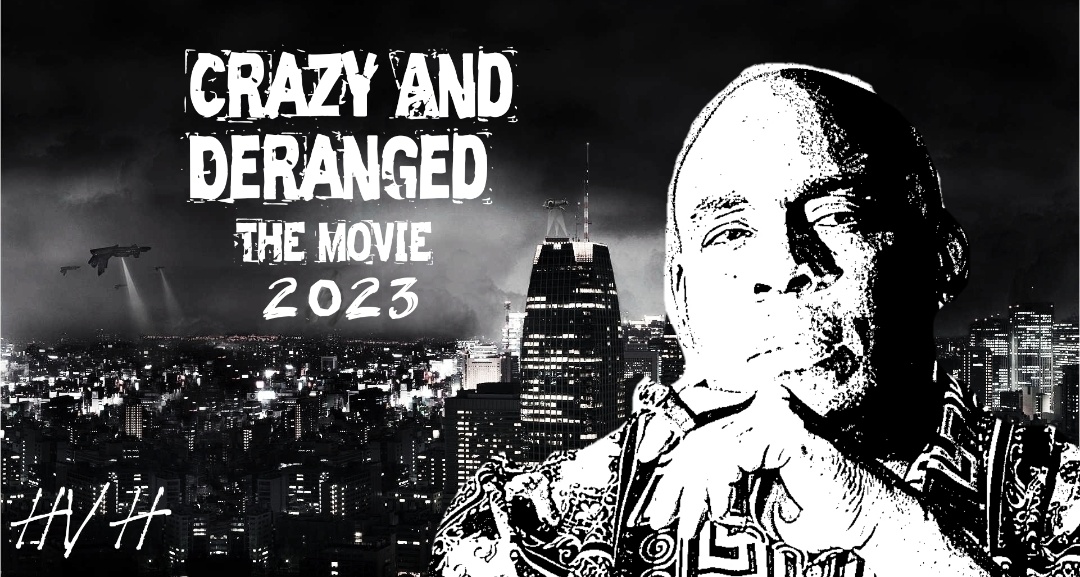 I am super jazzed to announce that I have been cast to act in the upcoming film, Crazy and Deranged.

🎤🎭Since I was a fetus, I dreamed of performing…

Up until now I’ve been hired to sing opera, star in musicals, do voice-overs, be in a comedy troupe, host television, do commercials and more.

I’ve always dreamed of adding film acting to my skill set and when the pandemic hit, the path finally opened up.

In 2018 and 2020, I had interviewed celebrities on the red carpet at the Oscars party. I had an instant connection with one of my interviewees, James DuMont (Over 150 TV show and movie roles). Look him up. He’s hilarious.

While everyone else was occupied with the pandemic, I was distracted by two major surgeries and then 1.5 years of recovery.

As I was healing on my ass, I took the opportunity to plan out what I wanted to do next with my career.  I noticed James posting about his virtual acting classes and decided to book a private session with him to get his perspective on my talent and where I should go next.

The next thing you know, I am in weekly classes, studying the art and craft of film acting. I fell in love with it for so many reasons.

Fast forward to Sep 2021. I was the opening performer for Times Square Fashion Week.

I connected with a lot of people that day…

One in particular, a casting director, had his eye on me and reached out in December and asked if I am also an actor and I said yes!

Next thing you know, I got the role of a news reporter for this upcoming film about a stalker situation called…

I am absolutely thrilled to get my first role in the film world as well as continue to study and develop my craft.

Filming starts in September. Can’t wait to share all the behind the scenes with you!

Here is the trailer:

No comments to show.
We use cookies on our website to give you the most relevant experience by remembering your preferences and repeat visits. By clicking “Accept”, you consent to the use of ALL the cookies.
Do not sell my personal information.
Cookie SettingsAccept
Manage consent

This website uses cookies to improve your experience while you navigate through the website. Out of these, the cookies that are categorized as necessary are stored on your browser as they are essential for the working of basic functionalities of the website. We also use third-party cookies that help us analyze and understand how you use this website. These cookies will be stored in your browser only with your consent. You also have the option to opt-out of these cookies. But opting out of some of these cookies may affect your browsing experience.
Necessary Always Enabled
Necessary cookies are absolutely essential for the website to function properly. These cookies ensure basic functionalities and security features of the website, anonymously.
Functional
Functional cookies help to perform certain functionalities like sharing the content of the website on social media platforms, collect feedbacks, and other third-party features.
Performance
Performance cookies are used to understand and analyze the key performance indexes of the website which helps in delivering a better user experience for the visitors.
Analytics
Analytical cookies are used to understand how visitors interact with the website. These cookies help provide information on metrics the number of visitors, bounce rate, traffic source, etc.
Advertisement
Advertisement cookies are used to provide visitors with relevant ads and marketing campaigns. These cookies track visitors across websites and collect information to provide customized ads.
Others
Other uncategorized cookies are those that are being analyzed and have not been classified into a category as yet.
SAVE & ACCEPT